5 Ways to use podcasts not to podcast

5 Ways to use business podcasts not to podcast – Show transcript

Dave: Why are we telling people to not podcast?

Ed: We are telling people that. But also not at the same time. Let me explain David.

Ed: Yeah. Basically, from doing our own podcast and video podcast we’ve learned quite a lot.

Ed: And what we’ve noticed is actually, it’s a form of content or education or marketing that doesn’t really need to be a podcast but you can adapt the style of podcasting and use it in other places. And for a lot of businesses, having a podcast, which is ongoing, might be too much work or not something they want to do but taking audio and visual and having two options, putting them both out at the same time, could get a better result from what they’re currently doing.

Ed: Well, yes. What we’re doing right now it technically a podcast and it’s being filmed and it probably takes the pressure off people. Slightly more conversational. It’s a little more intimate. It’s not quite as in your face. There’s a little bit more room for error and ums and ahs. But it covers both these tracts. That we can explore this as audio and have it as video.

Ed: Some people like to listen so they want to learn by listening. Some people like to watch. And from our experience, what we’ve found is more people have said they liked watching this but when they didn’t have the time and they wanted to catch up they’d listen to it.

Ed: You’re covering all these tracks. And really, you’re not giving anyone an excuse to not watch if. If you want people to suck up whatever you’re putting out there, I mean if you’ve written it, recorded it and filmed it, apart from tattooing it to their face nothing left to do.

Dave: It’s hard because you’ve got to hold down-

Ed: What we thought we’d do is run people through some benefits of not podcasting through using the podcasting/video podcasting methods to see how they might better benefit their business.

Ed: Use number one, imagine this, you’re a new employee. Everything’s a bit overwhelming and they come in and they sit you down, pop the VHS and the videotape and go, “All right, for the next three hours you’re going to watching this.”

Dave: I’m surprised you know what a VHS is.

Ed: It loads up all fuzzy. I’m only 21 though Dave but I know what VHS is.

Ed: A five video series on a page. Each one’s 20 minutes. Covering different topics. Chaps and names they can all see. And a different member of the team is being interviewed or chatted to like this in each video. You may have the head of the department or the head of the company sitting here doing the main bit but Dave, John or Steve is answering each section.

Ed: You’re getting to meet people. You’re learning in a slightly different way. You can add screenshots as well but it will also work as an audio file so they can listen to it in the car on the way to work as well. And this way is quite kind of personal and close. Even though we’re not presenting to the camera you still feel like you’re part of the conversation. Especially when you’re listening to it. And also the great thing about this is the prep is nowhere near as long as the script you’re writing. There’s a lot more pressure off the people doing it.

Ed: The second way you can not podcast, as we mentioned earlier, is through a course. It’s an online course. What do you think of the online courses you’ve come across so far?

Dave: I’m always a bit anxious that what I’m going to get isn’t really going to suit me.

Ed: Yeah, that’s fair enough. They’re all shot in different ways. Some on a webcam, some are just screen shots. The standards low. If you’ve got two courses that are great and the content’s exactly the same and one just looks better, I mean, which one are you going to go for?

Ed: Using this is a chattier style. It can … Works best with more than one person really. But inviting people into your course who maybe experts that you can have on your course filling in gaps you don’t know. And again of course, works as audio. It’s just going to help bolster it all up a bit so it’s a not podcast but it would be, instead of an ongoing series, here’s my five videos, here’s my six.

Ed: And I think really it’s something every website should have on it is some sort of what we would call a relieve magnet, which isn’t a very nice word really but you’ve come to someone’s website and it’s like, “Here’s my five video, audio or podcast or whatever you want to call it course on solving this problem,” and this is a real simple way of doing it. Courses, training, they’re kind of similar then.

Ed: Here’s one that’s not, internal comms. You’re a massive company. Say you’ve got 10,000 people, in the thousands. And they’re all ignoring the emails. They’re getting this thing they have to open every week or every month and no one really wants to. Create a podcast. This is actually a podcast, a video one as well if you can. But it’s not a podcast because it’s not going live [inaudible 00:04:44]. It’s staying just within your company and you create this show where you’re getting people on from the business, they’re giving their stories. How I went from here in the company to here. It’s always useful stuff. There’s lot of updates going on in it. But it’s fun. It’s behind closed doors so why not have some fun. Why not give some personality. And yeah, have different guests on all the time. Because I imagine [inaudible 00:05:04].

Dave: That could work. There’s no reason why you couldn’t just take the usual formats that we apply looking out internally. You could make it a guest format. That’s easy right? You know what, especially businesses that are, have more remote workforces. That’s much more common now. You might have 500 staff but hardly any of them work day to day in the office together. They could be spread out globally. This is one way keeping everyone in the same conversation.

Ed: If you’re listening Coca-Cola. The next thing I thought, this is quite good, is actually live streaming. We’re going to do a show. It’s going to go straight on YouTube, Facebook all those places. We’re also going to save it. We can use for training. We can use it for our email. We can use it for external marketing. But it’s like this super duper multi-purposed thing that starts off as a live show.

Ed: Because a lot of time when people podcast they don’t do a huge am of editing. I mean ares are edited to death but the average person will talk 50 minutes and that’s it and put it out there. Yeah. Why not have it live? Take questions and answers. Imagine if we had people coming in now asking us questions on our podcast. It would add a new element. It creates a feeling of community.

Dave: Do you think that would give some people gray hairs? The idea of live? Because what we started with, the first three points are all this is much easier than something really structured and you can just knock it out-ish. But this one, maybe more planning right?

Ed: Loads of planning. This one’s almost leaving the ease of what we’ve spoken about before in that this should be kind of easy because they’re not quite as polished.

Dave: Maybe do some of the others as a learning vehicle.

Ed: And then the final thing, just the fifth one, mini vlogs. This is intended to be a mini vlog and what we’ve decided is that it’s somewhere in between a podcast and a vlog.

Ed: It was a test really. [inaudible 00:06:48] was podcast generally five minutes long and he releases them almost every day. Maybe it is every day. Keep them short and sweet but again, you can package them into a nice series. This just doesn’t have to something that goes forever. You can put one on iTunes. It doesn’t mean you have to keep doing it. You might go, “Look, we’ve made a 10 short mini-vlog series. Listen to it, watch it, everyone’s a winner, there’s no escape.” And that’s what we’re experimenting with here.

Ed: But if you’ve been thinking, “I’d like to do a video, I’d like to do a podcast. I think there a lot of people out there would like to see a podcast,” why not start out small and then lean into it and see what it’s like?

Ed: Yeah. I hope this didn’t sound like too much of an advert for a podcasting services.

Dave: It is definitely.

Ed: But we do do podcasting.

Dave: Was the … Were you finished there?

Ed: Yeah. What we’ll do is we’ll lead onto the end. I’m going to do a slightly different version for you.

LEARN MORE ABOUT PODCASTING FOR YOUR BUSINESS

Tweet
Pin
Share1
1 Shares
5 Ways to use podcasts not to podcast2019-06-192019-06-19https://www.businessfilmbooth.com/wp-content/uploads/2015/05/business-film-boothtiy.pngBusiness Film Boothhttps://businessfilmbooth.com/wp-content/uploads/2019/06/how-to-use-podcasts-to-not-podcast2.jpg200px200px
Business Film Booth
Where to Find Us 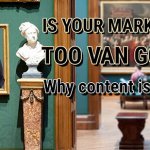 Is your marketing too Van Gogh? – Why content isn’t kingBlog Posts, Strategy 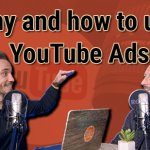 How to use YouTube advertsBlog Posts, Business Unplugged Vodcast