Am I too ugly for video?

Am I too ugly for video?

If you’re even asking this question, you’re probably one of those modest, thoughtful people who are more attractive than they think.

This blog isn’t just about flattery though. Let’s play a game and assume for a moment you’re butt ugly. Absolutely mingin’ – when you were born the doctor slapped your mother, kind of ugly.

Then I’ve got good news for you – Video is the showbiz for ugly people. Imperfections and facially challenged people make Youtube what it is!

Video: Welcome to your natural home.

A case in point:

Look at the state of Gordon Ramsey. Face like a dropped mince pie but no one thinks ‘Oh that ugly cook?’

Everyone just remembers how much he swears at people in a kitchen. Oh and the fact that he’s an amazing chef of course…

Maybe you should just swear lots? Is that it? I don’t think so.

You could say it’s confidence, and this is often the reasoning used to explain why people who don’t seem all that attractive are still able to attract interest from partners that are way above their batting average.

In the world of YouTube, it just isn’t anything to do with confidence.

Let’s go back to Gordon Ramsey for a moment. I’m picking on him because he’s big enough to take it.

For me Gordon Ramsey has a presence and yes even a kind of attractiveness that comes out of his knowledge. Confidence is something that comes from years of knowing your knowledge is valuable.

Although of course, I’ll admit there are some arrogant chancers out there that are confident without even a hint of useful knowledge but if you’ve clicked play on a video called ‘Am I too ugly for video’ I’m going to assume you’re far too decent to be one of them.

Anyway – I can literally cook the best scambled eggs in the world because of a short Gordon Ramsey video.

Cook them with a nob of butter in a non-stick pan – no milk or cream, no salt, just butter. Don’t whisk it beforehand just whack it in a pan and start cooking on the hob. Finish with creme fraiche and a clipping of fresh chives. So simple – but this runs against the established urban myth of adding cream or milk. Just butter! Who’d have thunk it?!

It’s Gordon Ramsey’s encyclopedic knowledge of even the most basic cooking that makes us blind to the fact that he’s really quite ugly. The fact that you might not even think Gordon Ramsey is ugly just goes to show how blinded you’ve been by his incredible knowledge – in the end – the only thing you should care about when it comes to making your own videos.

We all get self-conscious

Now I’m not saying there is no self-consciousness involved or that all people are beautiful on the ‘inside so don’t worry’ – it’s tough to put yourself out there but the only reason people will pick up consistently on anything to do with your looks is if the value of your knowledge is found wanting.

In that case, ugliness won’t be an issue because your channel won’t be growing enough to be a target for persistent trolls!

Concentrate on the quality of knowledge you’re putting out regularly and throw everything you can into that. There is a built-in attractiveness to people who care about what they do and are generous with their knowledge.

Unless, of course, you have like three noses and no chin. In that case, you should really be in the circus.

Tweet
Pin
Share1
1 Shares
Am I too ugly for video?2019-10-302019-10-30https://www.businessfilmbooth.com/wp-content/uploads/2015/05/business-film-boothtiy.pngBusiness Film Boothhttps://businessfilmbooth.com/wp-content/uploads/2019/10/31-am-i-too-ugly-for-video.jpg200px200px
Business Film Booth
Where to Find Us 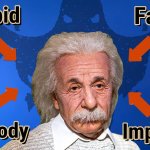 How to get over imposter syndromeBlog Posts, Filming & production, Presenting 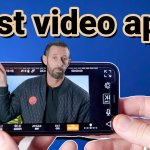 The best apps for making videos on your phoneBlog Posts, Filming & production, Presenting