It’s not impossible to cut a steak with a fork but it will take ages, you will make a right mess, and you won’t impress your date. Which is why we use a knife, or a steak knife to be exact.

You see there’s multiple ways to do things in life, but there is only ever one “the best way”.

Video is complicated, it’s new. Marketing pros didn’t learn how to produce it at Uni or in a Seth Godin book, and suddenly they’re being told they have to have it!! It seems a little unfair. Imagine giving Shakespeare a camera and saying “here you go, go and win an Oscar”. He knew what he was doing on paper, but his film would suck.

Turns out, when given to Baz Lerman, a filmmaker, it’s a mighty fine spectacle.

So what’s our point?

A Video is not the answer

You see, video can’t be all things to all people. There isn’t one amazing problem solving viral beast you can produce. Video needs to be thought of as “videos” and lots of bite-sized pieces of consistent communication for it to have a real impact.

Let’s take the most commonly asked for video, the company video. This is a video where people at the business talk about their business and it’s offering.

We wouldn’t laugh at you if you wanted to use it to generate awareness. You see videos go viral all the time online. The thing is, the ones that do are not company videos. None of them are talking about their own business. They use clever and creative ways to subtextually make a point about their company.

For example, Budweiser didn’t go, we make amazing beer and deliver it on time, they screamed “WAZZZUUPPPP!”

Company videos where the idea is to inform your viewer that you’re a safe, personal, and professional bet that’ll meet their needs and more just won’t generate awareness.

To anyone, who isn’t already considering using you, they’re boring.

So using a company video to generate awareness is like using a fork to cut a steak.

Whack it on Facebook a few times, wait for people to discover it on your website and sure, it’ll get some views, and after ten years might generate ROI, but really, you need to use a fork to pick up a sausage.

Forks are great at that, and in company video land, they get amazing results when they get a few but very targeted views.

What to do if you think you might be making the wrong video?

But it doesn’t stop there you see, there is something out there called a spork, its a fork and a spoon. You can eat a sausage and a yogurt with the same device! In video land, sporks appear when you get smart with your planning.

Ok, you want a company video to generate awareness, we’ve established you’re not going to get the best results there, but you like the sound of converting more leads with it, so that’s a goer….but you still want some awareness content.

That’s where your repurposing spork comes in. You can edit, chop, write and film more content at the same time as a company video that’s more optimized for awareness.

There will be parts of your company video that can be edited into a new video that will give value online that does grab interest, or you can shoot extra scenes specifically for this at the same time.

An example of a video spork

An example of this was a recent conversation we had with a company. The marketing manager was fully bought in to video but he needed to show a return on investment as fast as possible to the directors and wanted to make a video to generate awareness.

Awareness is often a process that takes years of consistent communication to generate unless of course, you have a massive following or big distribution budget. It also can be harder to prove its return unless you have a clear picture of your KPIs before and after use.

After our conversation, we established that the sales team was struggling to land sales with existing leads, so more awareness would not have helped.

We decided to make videos that would act as sales tools, content that only needed a handful of the right views to generate a return and win business.

We could then re-edit the footage shot on that day into shorter awareness content optimised for social media. Stuff that would jump off the page and give the client a bank of content they could keep using to hammer the message home over a long term period.

The return for the board would be obvious as the sales team sold more and the initial request for awareness could start getting to work without feeling expensive. That’s using a spork.

Awareness is a forever communication, which means it needs a lot of content and at a high frequency, so by repurposing and clever shooting you can feed the beast whilst getting a faster return elsewhere.

Because without this, you’re going to be eating steak with a fork. 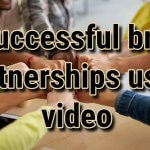 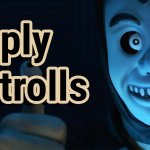 How to reply to internet trolls, haters and poor criticsBlog Posts, Strategy