How to pick the right style of business video

How to pick the right style of business video: Talking Head vs Cinematic

Talking Head vs Cinematic – How to choose

Take a look at our two ‘Ed drinks a cup of coffee’ videos. The first is shot in simple Talking Head style. It’s to the point and it’s clear that Ed is enjoying his great cup of coffee. It does what it says on the tin with no bells and whistles, but the message is clear.

In the second scene, ‘Ed drinks a cup of coffee (cinematic stylee)’, the ambient lighting and soundtrack sets the mood. We really see through the close up shot of Ed sipping his coffee that he is savouring its taste and taking in the dusky aroma of those Arabica beans.

And the audience is left intrigued: Who is this person? Why is he alone? Is he waiting for somebody? Who has texted him on his phone? What could the message say?

You see, shooting cinematic business video is a way of making almost anything look interesting.

There’s no doubt that the digital revolution has made cinematic image capture possible and affordable. But image capture is only one part of the process. None of these great advances in technology have seemed to speed up the creative process particularly. In fact, the whole creative process seems to take just as long as it ever did – and so it should.

Capturing the right images and putting together those images in a certain way requires some skill. And, most importantly, it takes time. Whereas filming a talking head doesn’t.

A talking head video like ‘Ed drinks a great cup of coffee’ can be shot in 20 or 25 minutes. A video such as ‘Ed drinks a cup of coffee (cinematic stylee)’ requires a huge amount of set up and various problems can occur along the way: lighting, people getting in the way, a script, changes to the weather. Potentially, it could take a whole day just for 30 seconds of video.

(And it did. The coffee budget crept up over 50 quid. Ed got through 16 cups of great coffee during the shoot. He was wired for a week afterwards.)

Talking Head vs Cinematic: The Lowdown

So, when it comes to choosing between shooting in talking head style or cinematic style for your business video, what it basically comes down to is the type of information you need to get across.

Tweet
Pin
Share
0 Shares
How to pick the right style of business video2016-09-082017-11-08https://www.businessfilmbooth.com/wp-content/uploads/2015/05/business-film-boothtiy.pngBusiness Film Boothhttps://businessfilmbooth.com/wp-content/uploads/2016/09/screenshot-2016-09-08-20-26-09.png200px200px
Behind the scenes
Recent Posts
Popular Posts
Business Film Booth
Where to Find Us 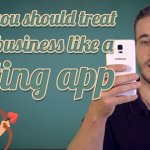 why you should treat your business like a dating appEverything else, Uncategorized 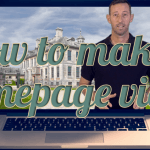 how to make a homepage videoBlog Posts, Filming & production, Strategy