How to pull off an interview video

How to pull off an interview-style video – That doesn’t bore your audience.

Take a look at the interview-style video we shot of Dave… It looks great. It looks really professional. It looks like the people who shot the video really know what they’re doing. But, let’s unpick what Dave is actually saying in the video…

Putting aside the fact that Dave actually commits the cardinal sin of business video by uttering the banned phrase, ‘I’m pas*iona*e’, the rest of it is all ‘for me’ and ‘I’ – it’s all me, me, me.

As you can see from the score count in the corner of the screen, the blue number is how many times Dave said things he thought people would want to hear – basically playing it safe. The red number, which doesn’t actually get off the mark, is the number of times that he says something that will resonate with his audience.

Final score Blue 5-0 Red. A drubbing, if truth be told. Watch it back, he only talks about himself!

Don’t make interview videos all about you

And this is often the problem with this style of video – the production is high quality and it looks great, but it leaves you feeling pretty cold.

The traps that people fall into with interview-style video are:

So, here are some steps to take to help you pull off an awesome interview-style video and to stop you from falling into any of those nasty traps..

The first step is to make sure you talk to your target audience, your dream clients – the ones you want more of. Make sure that you resonate with them first.

Step 2 is your shopper’s pivot. You’ve got 5 seconds to impress your audience and make them want to invest their time in watching to the end of your production. It’s all about creating a sense of intrigue and making them want to know more.

‘People know they want it but they don’t know why they need it.’ – It teases and tempts the audience who are now intrigued about why ‘they need it’. They can only find out by carrying on watching the video.

So, how do you come up with one of these shopper’s pivot things?

Well, you don’t. The producer does.

The producer will ask you open-ended questions, designed to relax you and get you to dig a lot deeper. When this is done well, you can just focus on the conversation. It becomes much more natural and can result in some really juicy content coming out.

Now you can jump to the meaty and exciting bits about your business. It could be how you started, how you discovered what you do is unique or just a really satisfying moment in your career.  Remember, your video is a form of entertainment, it’s not just an advert!

You need to meet in the middle between ‘Personal’ and ‘Business’. Take the risk that people are going to find out things about you that are personal things but still professional – but that might seem a bit voyeuristic.

So, when Dave explains that by telling clients ‘that doesn’t work’ it made them suddenly become more creative and come to life as people first and experts second, it’s revealing a key discovery. It’s letting the audience in to see a moment that was personal, but entirely business-related too – changing the approach that we take with clients.

Step 4 is to have self-belief – to believe that you are interesting. We have clients that sell toilet roll, and we have some of the most fun we have working with them. Why? Because they refuse to be boring. They take everyday objects and they make them exciting and as a result their videos are always watched right to the end.

If someone is interested in your product or service then you really are interesting!

If you believe your work is interesting (and there will be aspects of your business that are fascinating to people) then you’re already streets ahead.

Tweet
Pin
Share
0 Shares
How to pull off an interview video2016-10-062017-11-08https://www.businessfilmbooth.com/wp-content/uploads/2015/05/business-film-boothtiy.pngBusiness Film Boothhttps://businessfilmbooth.com/wp-content/uploads/2016/10/how-to-pull-off-an-interview-style-video.jpg200px200px
Behind the scenes
Recent Posts
Popular Posts
Business Film Booth
Where to Find Us 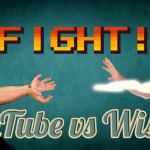 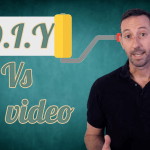