how to out think uncertain times

How to out think uncertain times

You’ll have been hearing the word ‘uncertainty’ a lot recently up and down the country. Now, don’t panic, we’re not about to go all uber-political on you. But, for months now across Great Britain, we’ve been listening to people and politicians debating the uncertainty of the country potentially leaving the European Union.

And, now it’s happened, there’s possibly even more uncertainty about – as nobody actually seems to have a Scooby Doo what is going to happen next. So, yes, the word ‘uncertainty’ is getting a lot of use right now. But a more accurate term for this is Narrative Emergency. Hang in there: this is guaranteed to bake your noodle…

Let me throw a name at you… Yuval Noah Harari.  Hands up if you’ve heard of him?  No? Believe me, if you don’t know who this guy is yet – I can promise you – you will soon.  You’re going to be hearing a lot, lot more about him.

Why do humans run the world?

Yuval Noah Harari is a professor and the author of a book entitled: Why do humans run the world?  In the book he posits this question:  ‘70,000 years ago humans were insignificant animals. Their impact on the planet was less than jellyfish…

Yet today, for better or worse, we control the planet. Why is that?’  (Now, that’s a bit harsh on jellyfish, but we get where he’s coming from.)  There are lots of theories out there about how our use of technology and language – an opposable digit that allows us to use tools – but these are actually traits that the humble human being shares with many others in the animal kingdom.

In fact, the real reason why we rule the world is because of our extraordinary ability to organise reality into understandable and shareable chunks of information.  Otherwise known as… stories.  In short, we are utterly unique because we can tell stories!  Back to Yuval Noah Harari… “Bees…” he says “cannot reinvent their social system overnight in order to cope better. They cannot, for example, execute the Queen and establish a republic.”

If you don’t understand the implications of this, you’re not getting it.

Britain is now in a Narrative Emergency

What we’re currently experiencing in the country is a Narrative Emergency. Britain is ending one huge collective story. And the void that can be felt right now is the space that occurs while we create a new one – or, to keep the storytelling analogy going, as we turn onto the next page.  And that’s where you come in. It’s in your DNA to create your own story.

In fact, for business leaders, it’s really important that you are seen to seize the narrative. In times of uncertainty, it’s the calm problem solvers who are the voices of sanity. So, the moral of the story is this… Don’t allow any of your prospects to get away with telling you that they can’t decide yet. Ask them what will change in their business if they don’t start now?

You can actually have a lot more impact than you can imagine by refusing to accept uncertainty. Granted, it’s a bit counter-intuitive. But, rest assured, evolution has equipped you to deal with it.

Tweet
Pin
Share
0 Shares
how to out think uncertain times2016-07-012017-11-08https://www.businessfilmbooth.com/wp-content/uploads/2015/05/business-film-boothtiy.pngBusiness Film Boothhttps://businessfilmbooth.com/wp-content/uploads/2016/06/how-to-out-think-uncertain-times-1.png200px200px
Behind the scenes
Recent Posts
Popular Posts
Business Film Booth
Where to Find Us 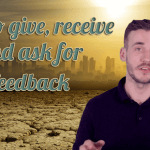 how to give, receive and ask for feedbackBlog Posts, Everything else, Filming & production 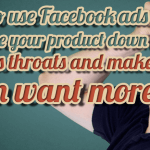 how to use Facebook ads to shove your product down peoples throatsBlog Posts, Strategy