And how filmmakers can help.

WHY PEOPLE BUY and how filmmakers can help

An apology from Film makers

We need to start with an apology. A genuine, heartfelt and big fat SORRY.

Yes, for too long, we haven’t been doing the hard work.

You see, for far too long, business video has very much been the poor cousin of film – the runt of the litter. So much so, that you’d be forgiven for thinking that film isn’t in the business of selling you something at all.

And for that, dear readers, we sincerely hope that you can accept our apology.

But, we fully intend to make amends…

The Business of Selling

You see, the whole point of film is to create an emotional connection in order to sell you something. And it doesn’t really matter what that something is: it could be an ideal – like equality; a particular service, or a product – such as a power tool. The something can be anything.

And films are in the business of selling.

So, it really does beg the question: Why do business videos absolutely suck at it?!

Unless you’re a fan of corporate cringeworthy cheese, that is. Because, that’s what a lot of business video is.

So, why do business videos suck at it?

Well, the answer will surprise you.

I embarked on a journey of discovery. I was prepared for painstaking and meticulous research. It was going to be like Captain Scott in Antarctica.

My mission was simple. I had to go back, through the annals of history, to find out why we buy anything.

Fortunately, I didn’t have to go far. Because someone had already done it – which was handy!

The author, Simon Sinek is that someone. His research essentially boiled down to one thing. He made one astonishing observation:

‘People don’t buy what you do. They buy why you do it’

‘People don’t buy what you do. They buy why you do it’

Cue: Left turning to right, black turning to white and the whole wide world turning upside down on its head. Not so much a lightbulb moment as a lighthouse (with lasers) moment.

As a real world example, Sinek cites Apple’s ‘Think Different’ campaign from back in 1997. Nearly broke at the time and on the brink of bankruptcy, Apple were a company that ‘did’ computers.

And they embarked on an ad campaign that featured not a solitary computer. Not a single one.

Instead, we got black and white footage and still images of the movers and shakers, the game changers, the paradigm shifters of the 20th Century. From Hitchcock, Hepburn and Hendrix to John Lennon and Martin Luther King.

No, ‘Ed’ or ‘Dave’, incidentally. As child prodigies of the time, it’s still a bone of contention at Business Film Booth HQ to this day. How could Steve Jobs have overlooked us? Life, as they say, is full of many mysteries.

It’s not what you do. It’s why you do it

They were aligning themselves with the ones who see things differently and are ‘not fond of rules’. Take the slogan itself ‘Think Different’. Call the Cops! It had the Grammar Police in a proper tizz back then. ‘Think Different’ is grammatically incorrect. How dare you break the golden rules of grammar!

But it was deliberate, not illiterate!

The ad finished with the line: ‘Because the people who are crazy enough to think they can change the world, are the ones that do.’

And Apple did change the world. Can you comprehend a world now without iMacs, iPods, iTunes, iPads, iPhones and whatever iThings they come up with next?

Should we tinker with the Status Quo?

No. We’re going to replace it.

That’s why we’re in business. It’s our raison d’être.

So, what’s all this got to do with business films?

As it turns out – everything!

It’s as if people missed the memo back in 1997. It’s almost 20 years since Apple gave out its call to action for the world to ‘think different’. But it hasn’t caught on in business video land. It’s 2016 and people are still on camera saying what instead of why.

Naked Wines are a good example of how to say the why and not the what.

They could have said ‘We make yummy wine.’ And the audience would have gone, ‘Yawn.’

‘We look after the little guy’ – Our ears prick up. Our interest is tickled. Really?

‘And in return we get a great product at great prices.’ – We get even more interested. Really? What do you make?

See? WHY not WHAT.

So, remember before you shoot your business video, do this:

Not because it’s the latest trend, the new black or the new thang…

But because it works. 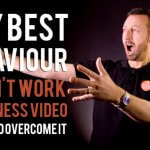 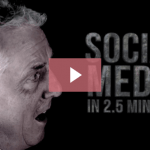